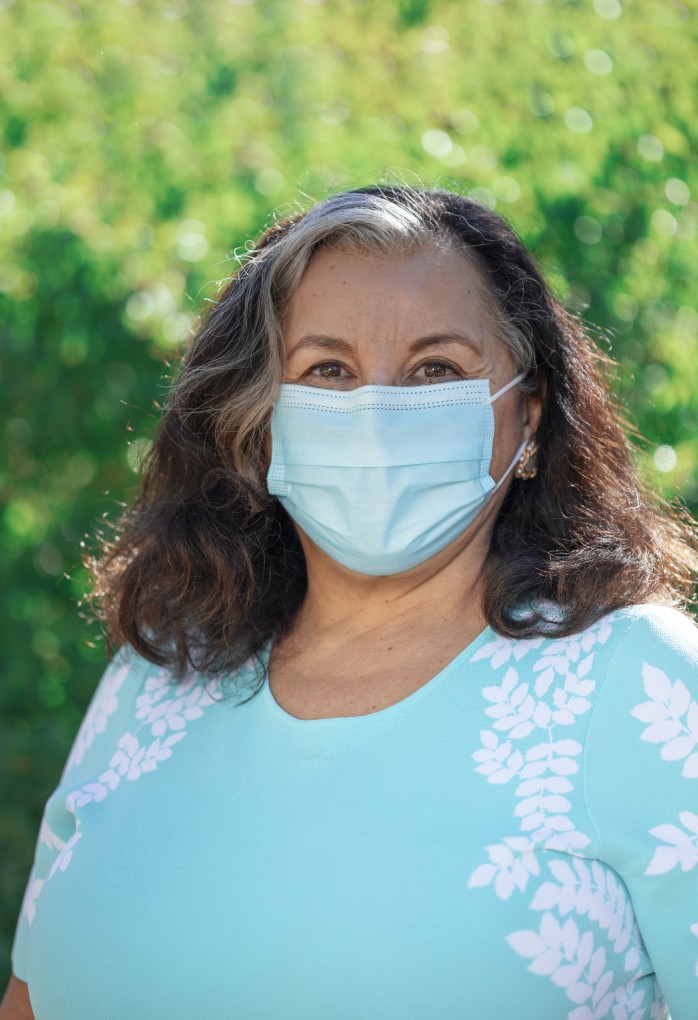 New Mexico has had a lower mortality rate in our state than most other states because of the strong and effective leadership of our governor, Michelle Lujan Grisham and her leadership team.  Antoinette supports the governor’s efforts as they were been based on the best available (and evolving) scientific knowledge about  COVID-19.  As the state recovers,  supports individuals and businesses with appropriate health care and economic assistance to re-build our economy and make it more resilient. She wants to ensure that our schools are safe She co-sponsored the inflation relief payments passed in the special session in 2022. 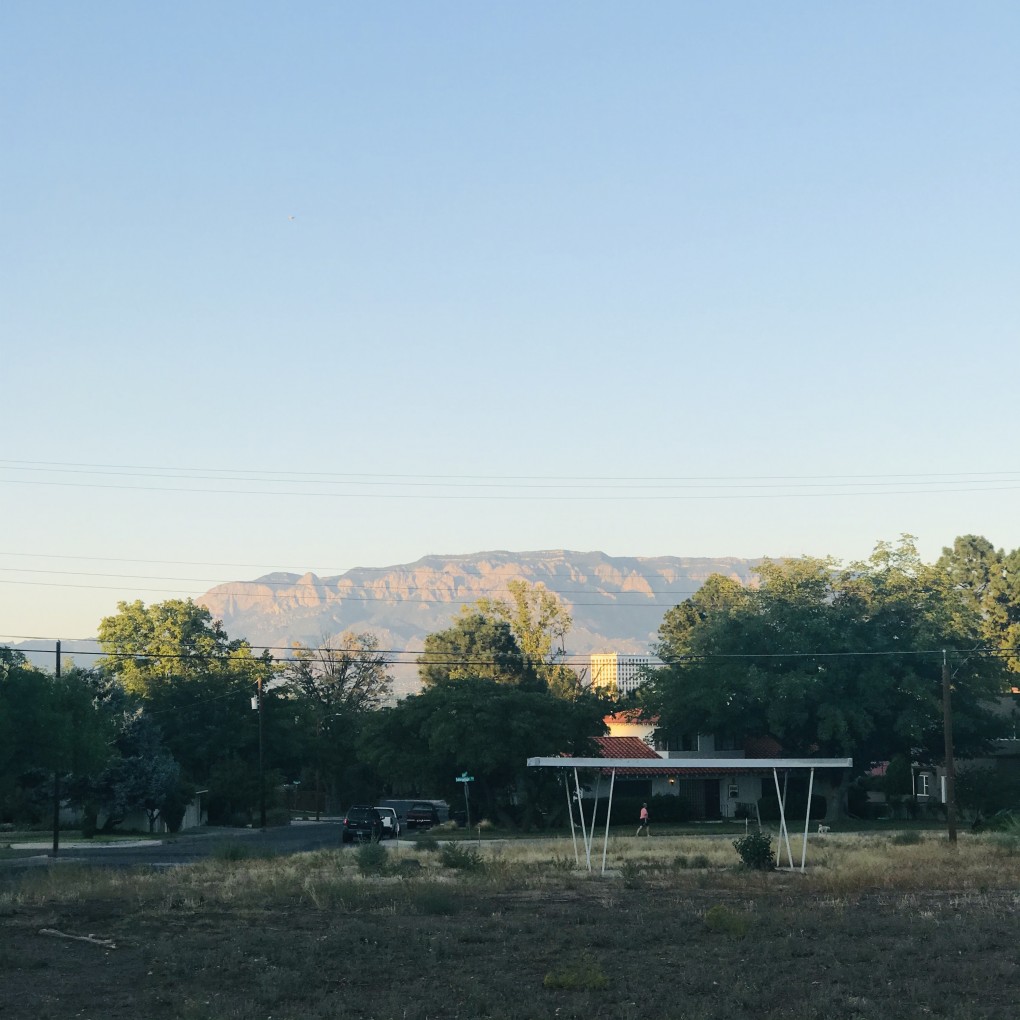 Antoinette is passionate about protecting New Mexico’s beautiful, but fragile environment.  She supports a Green Constitutional Amendment to ensure that all residents of our spectacular state have a right to clean air, water and land.  She is very concerned about the impact that hydraulic fracturing (fracking) has on our water resources and its impact on water quality.   She believes that the state should fill in the gaps caused by federal deregulation of the oil and gas industry and should put resources into understanding the impact of this new use of technology and regulate appropriately.  She believes that we should be doing everything possible to address climate change.  She supports a just transition to clean energy  and voted for the Energy Trasition Act.

Antoinette believes that access to clean water is a universal right. She is committed to bringing resources to New Mexico to continue to revitalize our water infrastructure. From stopping the threat that fracking poses to our water supplies to rebuilding our wastewater treatment plants and water lines, Antoinette will fight for resources to help rebuild the water infrastructure of New Mexico. She sponsored the Water Data Act to fund a collection and coordination of the available informaiton about New Mexico’s precious water.

Protecting our clean air is an urgent priority that we can no longer afford to defer fixing. With several alarming studies confirming the growing threats of methane ‘hot spots,’ or methane clouds, the problem is both real and urgent. With a methane cloud now measuring over 2,500 square miles, New Mexico’s atmosphere now has the largest area of elevated methane concentration ever measured in the U.S. Antoinette believes that access to clean air is a basic human right, but we are failing to deliver on that promise. Antoinette will fight to implement standards that reduce oil and gas methane emissions and will champion investing resources in renewable energy sources. She beleives that we should have strong regulation of pre-cursors to ozone nd vigorous air monitoring. 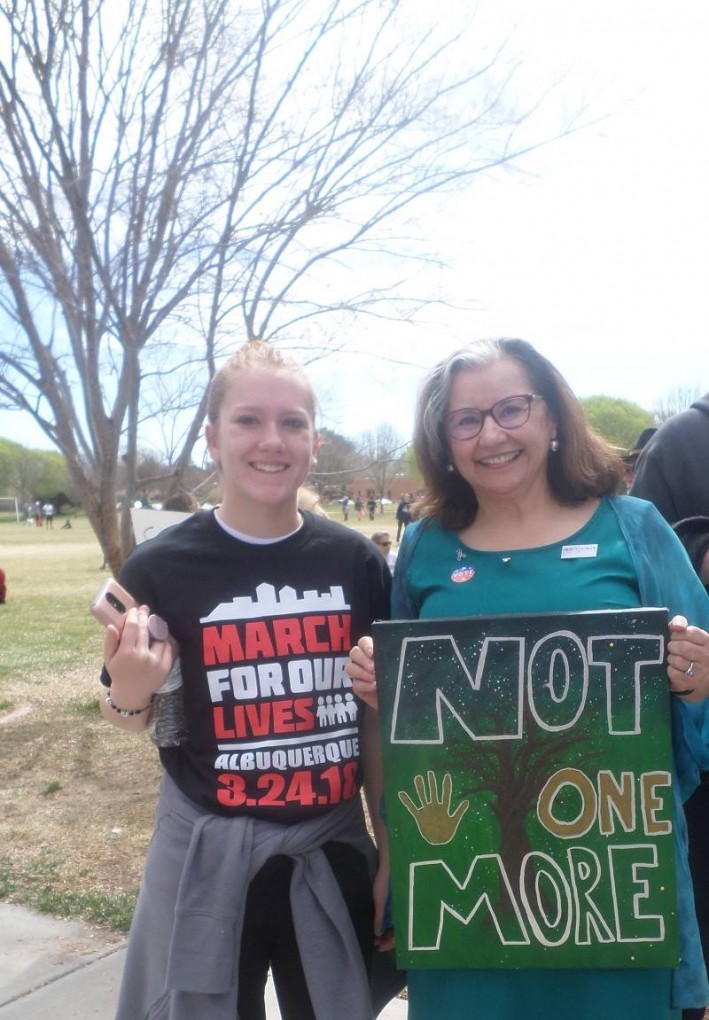 She understands that the Second Amendment, like all individual rights, is a balance between the right and public safety.  She served on the Intimate Partner Death Review team when she was executive director of a domestic violence service agency. She knows the dangerous combination of domestic violence and guns in the home.  She co-sponsored the Gun Safety and Domestic Violence Bill passed in 2019.  She supported the Emergency Protection Order Act which would give law enforcement a tool to remove weapons from an individual who poses a threat to self or others.  She supported the requirement that all transfers of guns be run through a  federal database search to insure that felons and individuals convicted or with pending domestic violence restraining orders cannot purchase firearms.  While supporting responsible gun ownership, she supports common sense gun safety regulations. She is co-sponsoring the Bennie Hargrove Act concerning secure storoage of firearms. 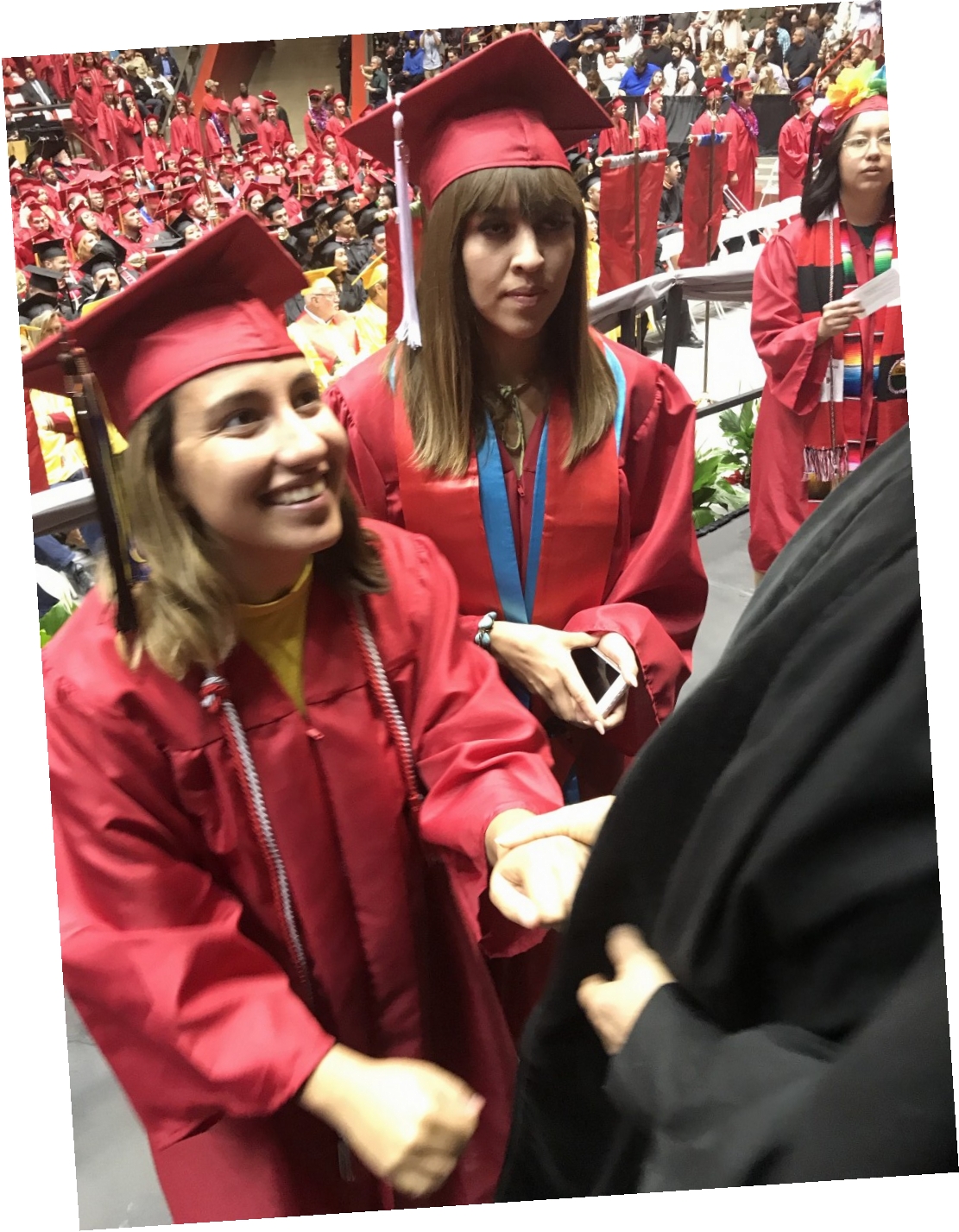 Our most important resource is our children.  Antoinette supports adequate and appropriate funding for education, including early childhood education. She believes that classroom teachers are the best source of information about learning objectives and methods.   She believes that education should be tailored to meet children where they are, which includes multi-cultural and multilingual education. As a former law professor at UNM, she is a strong supporter of higher education for all who seek it.  We must ensure that our state higher education institutions are of high quality and accessible.  The legislature should set policy direction and not micromanage public education

Antoinette believes in tax policy in which those who can afford to pay the most, actually pay. She thinks the tax code should be simplified and clarified and made more fair.  She thinks some of the tax roll-backs of the prior two administrations should be reversed.  It is important to reduce dependence on oil and gas royalties, particularly for education, because it is an unstable source of revenue. She also believes in appropriate stewardship of the state”s natural resources so that royalties are in line with the economic value of the resource.  For example, Texas charges 25% royalty on the gross income, while New Mexico charges 20% on the net income (after expenses).

Antoinette believes that health care is a basic human right and should not be tied to employment.  She believes that the federal government should provide health care in a Medicare for All model, and  until then supports state efforts to fill the gaps, including expansion of medicaid coverage.  The cost of providing health care is a burden on employers that businesses in other countries such as Mexico and Canada do not have.  Too many individuals and families are not covered by insurance and that threatens their health and drives up costs for the whole system.  The administrative costs of private insurance are almost three times the administrative costs of Medicare. 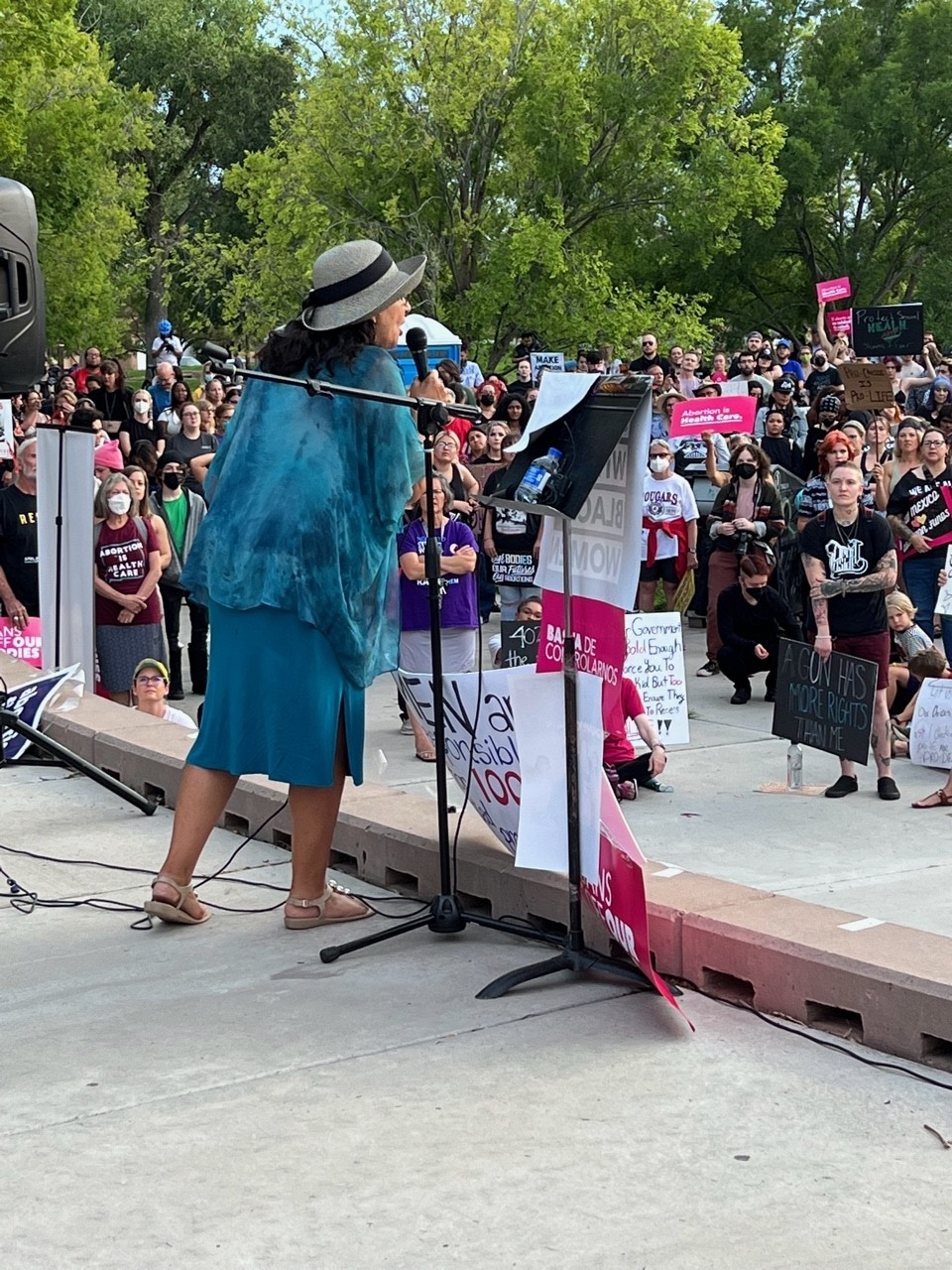 Antoinette believes that health care decision-making in all areas, including reproductive decision-making is a matter for the individual and not the government. She supports Roe v. Wade.  She signed on and voted to repeal the unconstitutional and archaic state law making doctors who perform abortion and women who obtain abortions criminals.  She is dismayed by the Dobbs v Jackson Women’s Health Supreme Court decision and the obvious political nature of it.  She will  continue be a staunch advocate for reproductive justice.

Voting is the foundation of our democracy. Protecting voting rights has  never been more critical. As a law professor, Antoinette has taught courses on election law and believes deeply in an individual’s right to access the vote and the power to create change that the vote carries with it. The constitutional principle of one person, one vote is an important guide for fairness. Each person’s vote should count.

Attempts to cut back on early voting, to require discriminatory voter identification, and placing barriers to registration are all voter suppression techniques that need to be fought vigorously. The Supreme Court’s 2013 decision to undermine aspects of the Voting Rights Act has resulted in states creating barriers to voting. That is why Antoinette will use her legal experience to ensure that all citizens have equal access to the ballot box and that our elections are free of fraud and corruption.

The Citizen’s United case was a devastating blow to keeping big money out of elections. While the First Amendment values identified by the Court are precious and important, the fact that money has come to give an outsize voice in our government is a threat to our democratic values. Since the Court decided that case as a matter of Constitutional Law, it would require a Constitutional Amendment to overturn it. We can reform the system at the state level by championing campaign finance reform, including public financing, campaign contribution limits and increased transparency in identifying contributors. Giving those with money an outsize voice undermines the principle of one person – one vote. We must keep the issue of money in politics at the forefront of our Democratic discourse, reform the laws to end the corrosive effects of Citizens United and end unlimited and undisclosed money in our democracy.

Given the outsize influence of money in politics, Antoinette has pledged that she will not accept  corporate pac money, NRA money, or any money from fossil fuel industries that pollute our air, land, and water.

Let Antoinette know what issues are important to you.

We've added a contact form so you can let Antoinette know how you feel about the issues facing our community.

To help prevent spam, please answer this math question:
What is 9-2?